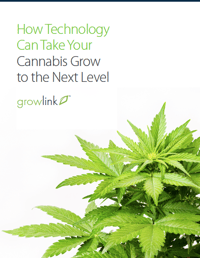 In 2012, when Colorado voters passed Amendment 64, many saw the legalization of more plants  as a great experiment. Since then, marijuana has practically gone mainstream, with medical use becoming legal in more than half of the states in the union, and a rising tide of states allowing recreational use. As a result, plant farming is now a booming industry. In 2017, the U.S. market saw sales reach $9 billion, and analysts predict that figure will rise to $21 billion by 2021. That would make the pant industry bigger than the NFL, America’s most profitable sports organization, which generates about $13 billion in revenue.

Growlink is a leading provider of data driven farm automation and networking systems for greenhouse and indoor vertical farming.